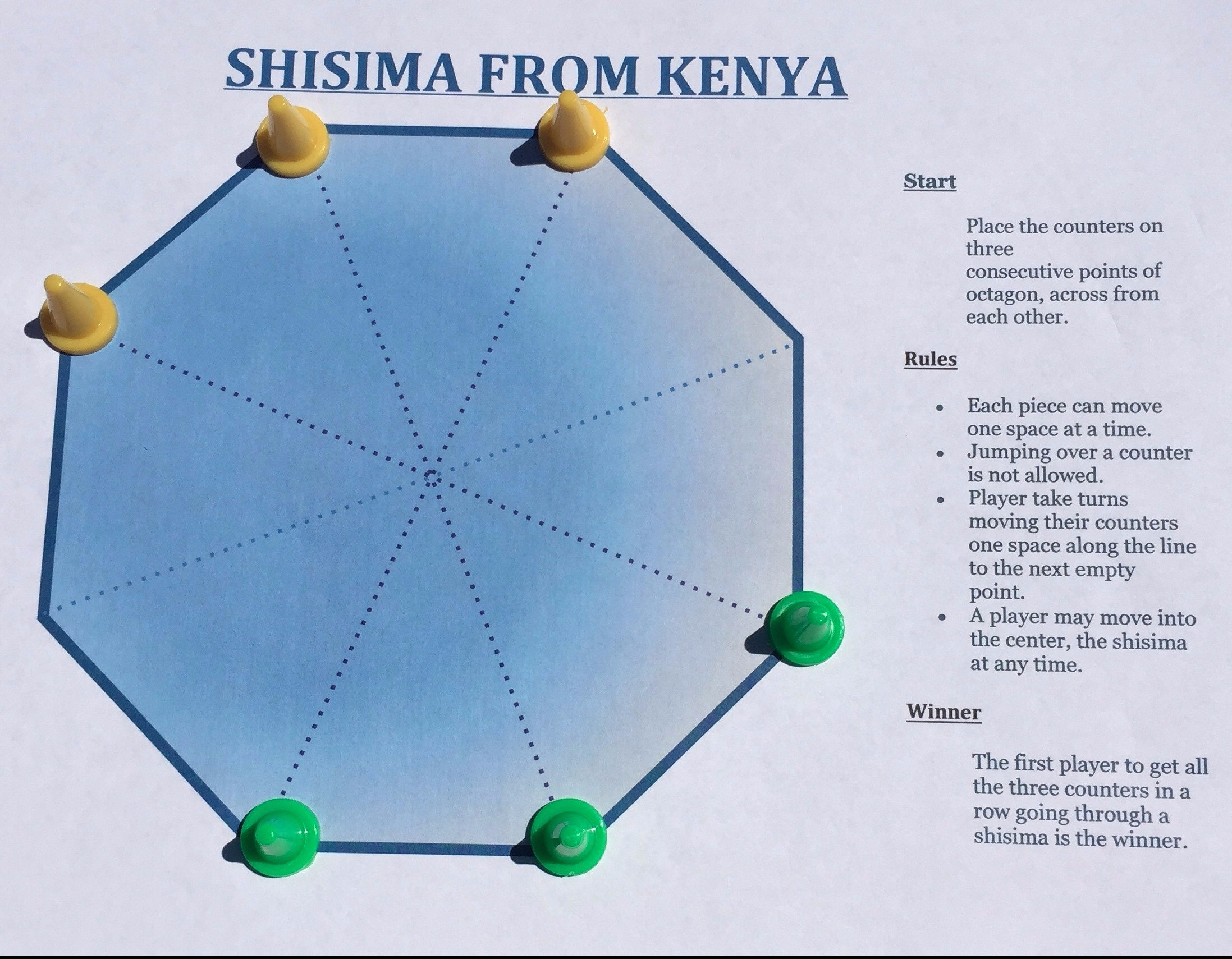 As a parent raising kids in this digital world, I am always looking for ways to incorporate more face-to-face interactions with my boys. We as a family, make it a point to spend atleast 10 – 15 minutes a day playing together, it can be either playing basketball together, a board game or experimenting and  building something together with Legos.

In one such search for a board game , I came across  a book Math Games and Activities From Around the World by Claudia Zaslavsky in our local library.  As most of us know, there is a popular “Tic Tac Toe” game based on “Three in a row” concept but did you know, there are lot of variations of “Three in a row” concept played around the World. This book features most of these kind of games which are played in different countries and also give a little glimpse to that countries culture. I would highly recommend this book.

The game I am sharing today is a two player abstract strategy game played by the Triiki people of Kenya, called Shisima . This game is similar to Tic- Tac-Toe where you have to place three counters in a row. Shisima means “Source of Water” in Kenyan. The counters are called imbalavali meaning “water insects” . The game was inspired by watching imbalavali quickly crawling towards the shisima making it hard to keep track of them. Likewise, the Shisima players move their counters so quickly on the game board that it is hard to keep track of them.

Generally, kids in Kenya would draw the Shisima game board on the dirt and use twigs and rocks as imbalavali . To play the game you can either download the game board or draw an octagon on a piece of paper with 4 lines  connecting each set of  opposite points intersecting in the middle.

Game Board : Draw the game board on a piece of paper or cardboard to represent Shisima.

Counters : Each player has 3 counters of different colors/ design to represent the imbalavali.

We have loved playing this game, especially my older one. He enjoys thinking of strategies so that he remain undefeated. It is such a fun and quick game. I hope you would give it a try !

📣TPT is having a site wide sale on November 28t

Who says #halloween has to be all about spooky thi

Recently, we decided to learn the different art fo

As a math lover, all I see is a #fibonacci pattern

🔸 WHY DOES A BALLOON AMPLIFY SOUND 🔸 When y